Sharing electric vehicles in cities is a huge opportunity to improve air quality, reduce carbon emissions and drive down the costs of mobility — all at the same time.

"The air in London is lethal and I will not stand by and do nothing."— Sadiq Khan, mayor of London

Across the world, people in cities suffer from toxic air pollution caused by transport. The sooner we switch to sustainable electric transport, the brighter our future will be. Sharing electric vehicles in cities is a huge opportunity to improve air quality, reduce carbon emissions and drive down the costs of mobility — all at the same time.

Owning a car in a city is a hassle. Owners are responsible for parking, servicing, maintenance, repairs and insurance. Worse, these cars sit unused on the curb or in the garage most of the day. Car ownership is bound to be increasingly expensive and undesirable in cities. Many people will be relieved when they can opt for ‘mobility as a service’.

We’re currently at the very beginning of seamless car sharing, made possible thanks to the smartphone. Having access to a car instead of owning it offers significant benefits to users. When monthly costs will be much lower, many people will be incentivised to switch to mobility as a service. Especially in urban areas, access to cars will crowd out the more expensive ownership model.

Some of this is already happening today. In the Netherlands, there are several established services which allow vehicles to be shared between individuals, such as Greenwheels and Snappcar. Car manufacturers also start to recognise the promise of mobility as a service and have been actively investing in car sharing services. General Motors has acquired a stake in ride-sharing company Lyft and introduced a service called MAVEN which allows users to rent a vehicle from a shared fleet of (electric) cars. BMW owns a car sharing services called DriveNow and Daimler has a subsidiary Car2go which operates Smarts in several cities around the world. Tesla’s CEO Elon Musk announced that Tesla owners can soon rent out their Tesla when they’re not using it.

Privately owned cars last for 15–20 years, and drive something in the order of 15.000 kilometres per year. Shared cars will be used much more intensively than privately owned cars, because a shared car can be rented out every single day, several times a day. This is a perfect opportunity for electric vehicles to maximise their potential. The electric drivetrain operates up to four times more efficiently than the internal combustion engine. Despite higher upfront costs, electric vehicles (EVs) are therefore cheap to operate. Because they have less moving parts, EVs are almost maintenance free. These factors make them unbeatable on a per kilometre price. A shared EV will not drive 15.000 kilometers per year but 50.000 or even 100.000 kilometers per year — just like taxis do today.When shared EVs take off, the share of electric kilometres driven could therefore increase much faster than the number of electric cars on the road, accelerating the transition to electric mobility. This is a fundamental insight that not many people have yet taken into consideration.

Cities are increasingly banning polluting vehicles to increase air quality. The permits that allow taxis, buses and car sharing services to operate in cities will come with increasingly strict, zero-emission regulations. At the same time cities are promoting the use of electric vehicles by offering subsidies, tax breaks and other incentives. It makes sense for cities to focus their effort on EVs which drive a lot: buses, delivery vans, taxis — and shared EVs. A fleet of shared EV can be considered as such a form of public transport. Instead of trying to get people to buy electric cars, incentivising high mileage shared vehicles to go electric offers more return on investment. One shared EV can replace several fossil fueled cars, allowing cities to improve air quality much faster than previously thought possible.

Shared EVs could greatly improve the quality of living in cities. Shared cars will free up a lot of parking spaces which can be used for other purposes like biking lanes, pedestrian areas, parks and trees. Cities could become more liveable for people and more beautiful too. The city of Amsterdam, with its Unesco World Heritage inner city canals, can finally be freed from thousands of cars.

Cars that drive themselves are no longer science fiction. The moment when cars can drive autonomously under most conditions is drawing closer. (Level 4 autonomy-— self driving under most conditions — is what we’ll be referring to as “autonomy”). Tesla already ships their electric cars with radar and cameras. Elon Musk has stated that autonomous driving will be achieved through software updates before 2018. Many major car companies have efforts underway that should lead to autonomous vehicles on the road in the early 2020s. 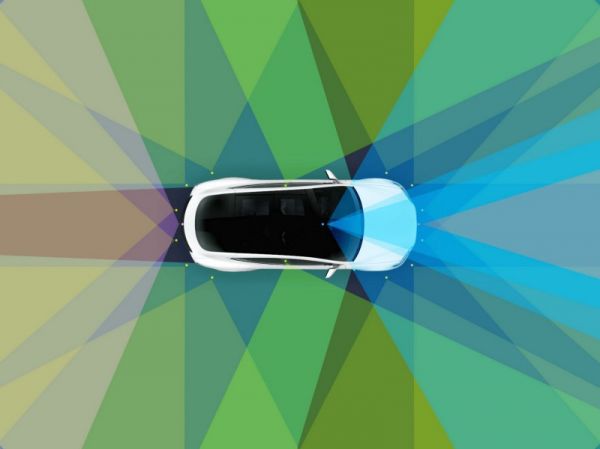 Autonomous vehicles are perfectly suited to be shared, because they can drive around like a taxi (without having to pay for the taxi driver). We call this the ‘robotaxi’. Because the robotaxi is shared by many paying customers, they become more affordable than owning a private vehicle or using a manually operated taxi. Autonomy will make it even more attractive for people to opt for mobility as a service instead of owning it: lower mobility costs, using time in a car as you wish, always being driven in the latest model, less hassle and no maintenance . Once the robotaxi starts driving around, even more people will sell their private, fossil fueled cars and we can expect a surge in electric kilometres driven.

By combining the three elements — autonomous, electric and shared — a step change in mobility is achieved. This is the electric robotaxi revolution, and it will bring significant benefits to people living in cities. When this will happen exactly is unclear, but the fact that it will happen eventually is now widely accepted. 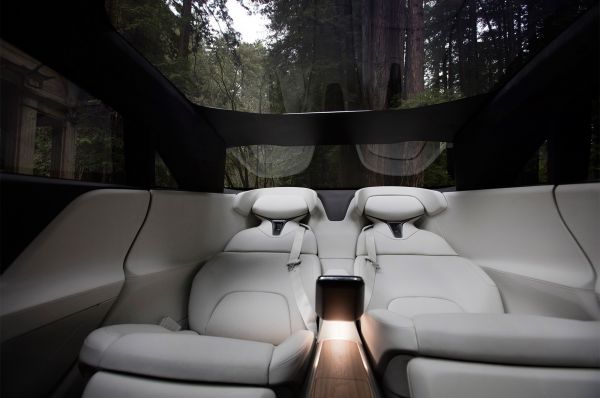 The interior of the Lucid Air, an electric vehicle specifically designed to be shared, autonomous and continuously on the road. Just like an airplane.

How to charge shared EVs

“The best analogy I can make is in the aircraft industry — how many hours of the day is that plane in the air? How quickly can you turn that plane around? The advent of the Uber and Lyft model is going to demand an electric car which can be rapidly charged and is tolerant of rapid, repeated Supercharging [fast charging]”-Peter Rawlinson, CEO of Lucid Motors, in an interview with Car and Driver

Shared EVs only earn money while driving people around. It doesn’t make sense to have them parked charging on the curbside for hours. For shared EVs, charging is downtime — similar to how airplanes are operated. Low cost airlines like Easyjet and Ryanair have achieved much lower ticket prices by aggressively reducing downtime. Improving the availability and turnaround time of a shared EV is therefore key. One of the crucial factors to achieve maximum availability will be quickly recharging the vehicle. Fastned believes fast charging stations are a perfect solution.

Fast charging has the potential to be orders of magnitude more efficient in terms of land use than slow charging at parking spots. A single fast charging station can replace hundreds of parking places with charging poles. To increase the amount of public space dedicated to people instead of parked cars, fast charging is thus a logical solution which allows cities to reclaim even more parking spaces.

Supermarkets, high rise office buildings, factories and warehouses are routinely connected to the medium voltage grid with megawatt connections. Fast charging stations are comparable in power draw and are well within the limits of the capacity of the medium voltage grid. In fact, a single medium voltage grid connection can be used very efficiently to deliver electricity to large numbers of EVs. Contrary to the popular belief that fast charging is a ‘spikey’ and large power draw on the grid, a single fast charging session has limited impact on the grid and electricity demand. With more electric vehicles on the road, fast charging stations will have a steady stream of customers. At this point, charging sessions are to be looked at in an aggregated form. Fast charging stations will have a fairly predictable baseload demand on the grid (and can be further regulated with on site battery storage). With todays EVs this load begins when the sun rises and people start driving around, and stops when people go to bed in the evenings. The more we move to autonomous robotaxis, the better this demand can be spread out over 24 hours.

Connecting fast charging stations directly to the medium voltage grid steers charging demand away from the low voltage grids in streets and neighbourhoods. This is a good thing, because the number of EVs which can be charged on a low voltage grid is inherently limited. These grids are easily overloaded since they were never designed for the high loads of large numbers of electric cars charging simultaneously. It’s a happy coincidence that shared (and autonomous) EVs have an economic incentive to primarily fast charge on medium voltage grids.

Switching to shared — and later on autonomous — EVs can get us to electric mobility much faster than previously thought. The technology is ready, the time has now come for cities and governments to act. We can lower the cost of mobility and clean up the air in our cities within the next decade with today’s technology. Let’s do it.

Stay up to date about Fastned news

This is not a valid email address.

Fastned opens first station in Amsterdam
Fastned doubles charging revenues in first quarter
Fastned grows charging revenues by 178% in 2019
Message from the CEO
Infographic of the annual report 2019
Fastned’s Supervisory Board nominates two new members
Some modules are disabled because cookies are declined. Accept cookies to experience the full functionality of this page.
ACCEPT COOKIES
We use cookies to optimize the website, no personal information is stored. Learn more
DECLINE COOKIES ACCEPT COOKIES